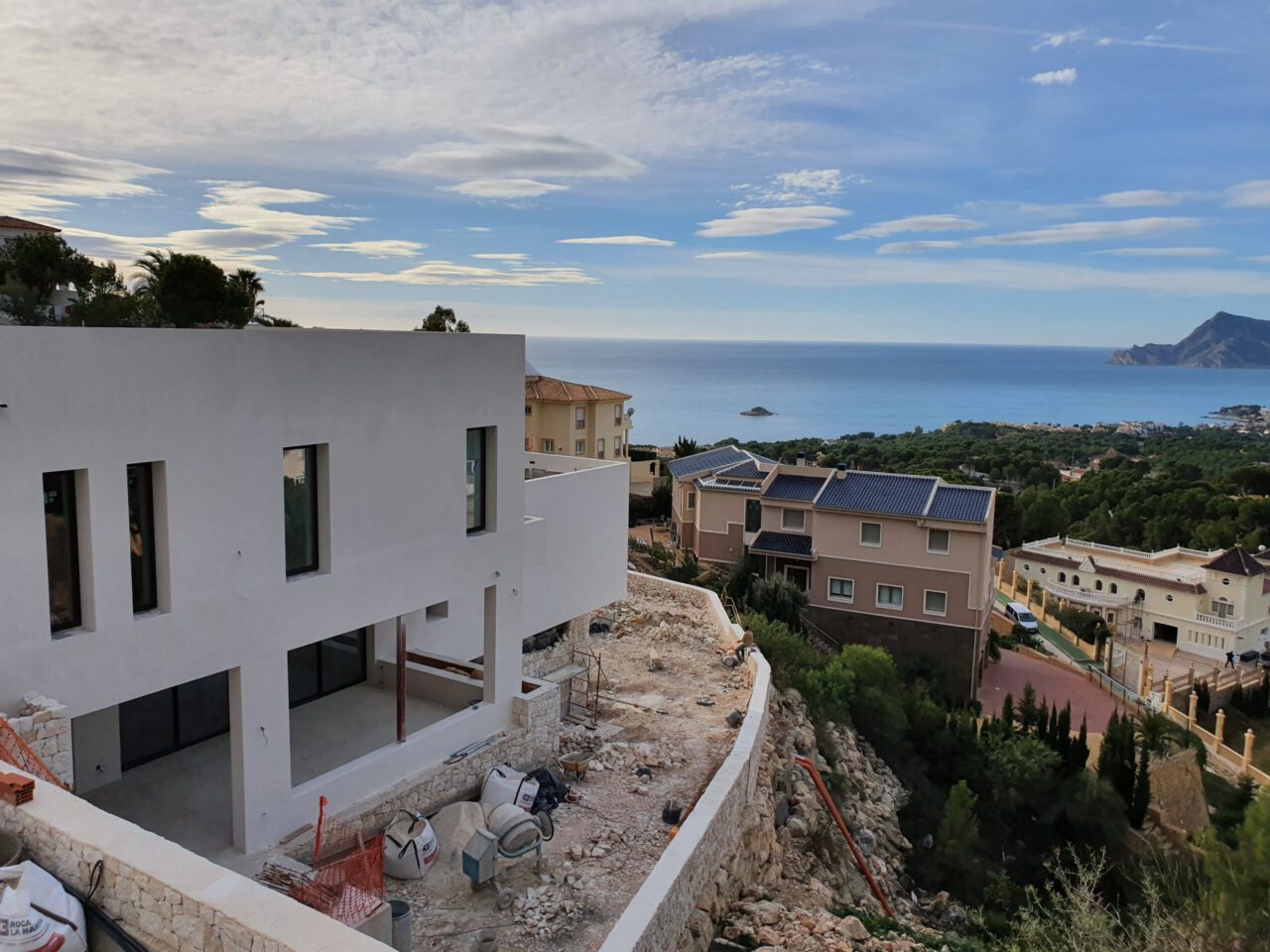 YEAR OF COMPLETION: UNDER CONSTRUCTION

I have rarely met clients so involved in the construction of their home. Both, he and she, actively participate in the preparation of the plans, supervision of the facilities and are pending the smallest detail.

The house, a very large one that is still under construction, has three floors. It has been designed downwards, from the level of the road on the side of the mountain. I love the pool, perfectly integrated into one of the terraces from which you can enjoy spectacular views while maintaining privacy.

After several meetings, the owners chose to reject a home automation that would have made it easier for them to control the equipment in such a large home. In return, they did decide to incorporate a 10kW photovoltaic self-consumption system on the roof. Lithium batteries will be added to this system that will make it almost independent of the Grid.

As a perfect “casadensueño”, robust, comfortable and safe, it has very complete and calculated installations: A large panel of automatic control switches in its technical room, even with automatic reboot switches, distributed in a multitude of electrical circuits and different areas, a sectorized climate and underfloor heating system and sophisticated video surveillance and perimeter alarm equipment.