WHAT DO YOU KNOW ABOUT THE PERFORMANCE OF YOUR PHOTOVOLTAIC INSTALLATION?

CHEMA CAMPOS > BLOG > Blog > WHAT DO YOU KNOW ABOUT THE PERFORMANCE OF YOUR PHOTOVOLTAIC INSTALLATION? 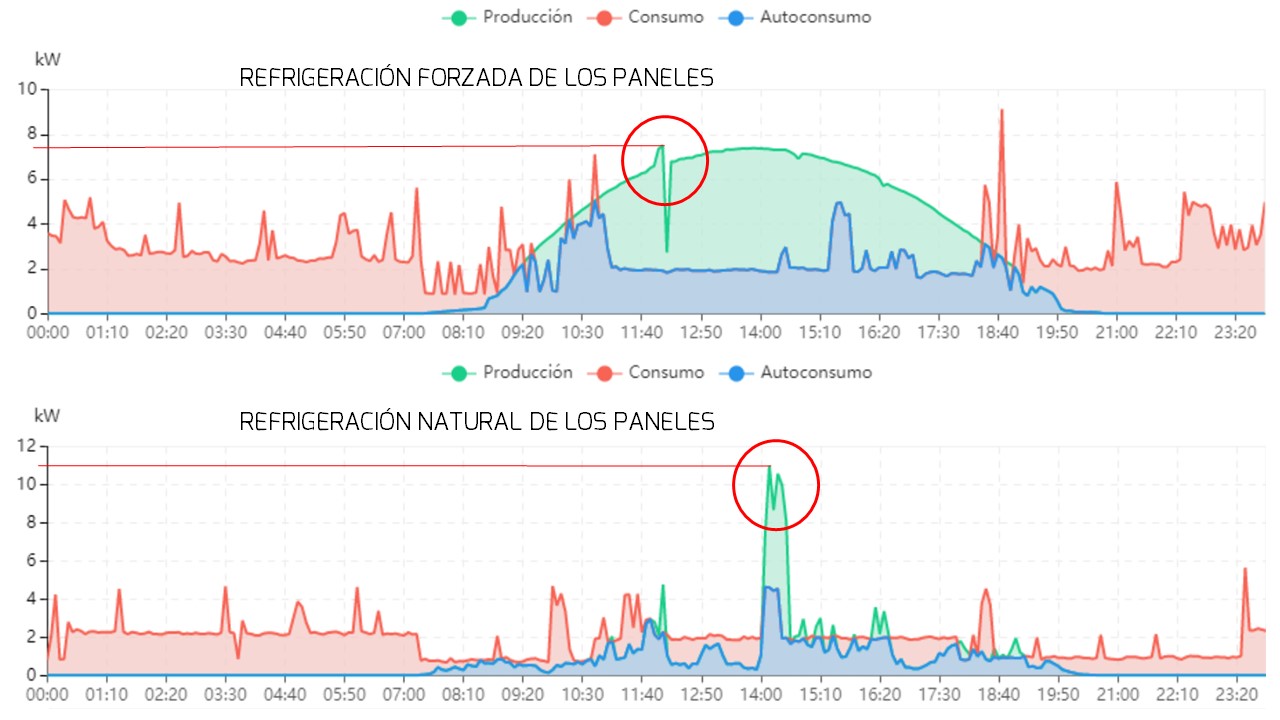 I like to return from holidays with my batteries charged and that implies putting on the table of our company ATRAE some other interesting topic. This time I am going to share it with you in case you want to comment.

Last July I carried out an experiment in one of the self-consumption photovoltaic plants that we have in operation, mounted in one of the luxury houses of which, in my other activity, I manage the facilities.

That meant that they did not exceed 8kW almost no day, although …
The graph above shows the moment in which I start to cool the panels with water until I cause a small short circuit in a not completely watertight connector. We have a production cut that is later recovered.
The graph below shows how, three days later, it rains until 2:00 p.m. and then the sun rises, which gives us a spectacular performance of 11kWp during the time that the nice moment lasts, since the panels were until then well refrigerated.
What has happened to you in similar experiments?